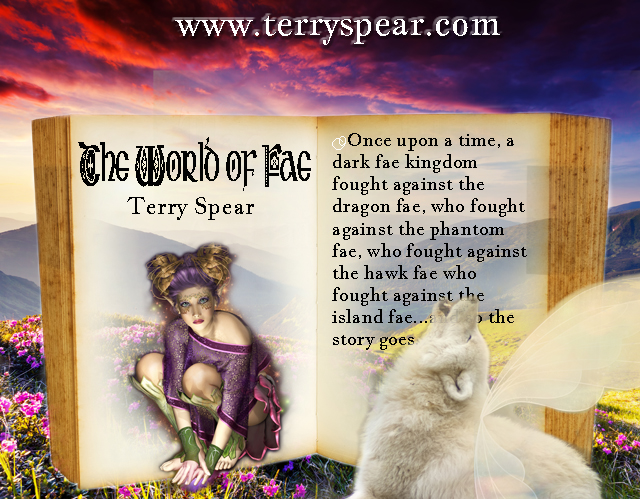 Ever wonder why body parts mysteriously fall asleep? Where you put those pesky keys? Why you stumble over nothing in your path? Welcome to the world of fae…

Category: Fiction » Young adult or teen » Romance » Fantasy
Alicia has planned a vacation at South Padre Island with her girlfriend Cassie in forever. But just as they’re enjoying a day on the beach, here comes a dark fae to spoil their holiday, except only she can see what he truly is. Alicia has no idea how upside down her world can turn with a chance meeting with one of the dark fae from the royal house of the Denkar.
Alicia’s always known she’s different–that she can recognize the mischievous fae when they show up to “play” with the humans. Only now she’s faced with one highly annoyed dark fae and she’s certain he knows the truth about her. She can see him, which means her life is forfeit.Add to that, his sister arrives, who wants to play, too. And their mother, the queen of the Denkar, will want Alicia’s head, once she learns what Alicia can do.And all because Alicia was attempting to rescue her friend, Cassie, on their beach excursion at South Padre Island, from the wicked fae. Now, Alicia has really gone and done it–and she’s thinking she should have let the fae have his fun. Her friend’s broken heart would be a lot easier to deal with, than Alicia losing her life.But it is too late for regrets. As soon as she threw the soda at the dark fae’s chest, she had declared war on the fae. And he is happy to take up the challenge.
Audible
Amazon
Itunes: https://itunes.apple.com/us/book/the-dark-fae/id1018935409?mt=11

Category: Fiction » Young adult or teen » Romance » Fantasy
Lady Sessily is a dark fae, an assassin, and she intends to retire and take up some other occupation so she can have a normal life. Get a boyfriend. Visit the human world to hassle humans like many of her kind do. Attend fae kingdom parties, not as the mystery woman who is scoping out her next intended victim, but just to have fun. Until tall, dark, handsome, and deadly interrupts her plans.Lady Sessily is on a mission to assassinate a fae lord who is the most evil kind of fae. But when she is thwarted, not once, but twice by another fae lord, she is ready to strangle him. And she’ll do it for free.Tall, dark, handsome and deadly Lord Fairhaven insists she do a job for him. Which she refuses. But the lord is not one to take no for an answer.The crown prince of the cobra fae doesn’t know what to think when he hires a master assassin who turns out to be a woman–not her father like he’d been led to believe. But can she eliminate one of the most powerful queens of any of the fae kingdoms without getting herself killed?He soon rethinks his plan as he gets to know the woman he begins to think of as his angel assassin.
Ebook and Paperback:
Kobo
Barnes and Noble

Niall, a royal member of the Denkar, aka the dark fae, is visiting South Padre Island when he catches a winged fae painting graffiti on a wall on the island claimed by his people. He is at once fascinated with the lovely girl and intrigued by her audacity, but as one of the Denkar, he must take her to task. Yet she’s armed with a sleeping potion that makes his life intolerable. Between freeing her from his people’s dungeon, her own tower, and fighting a knight in her honor, he wonders if he’s lost his mind over one beautiful winged fae–when she’s betrothed to his cousin!

Princess Ritasia misses the adventure of getting her brother and cousins out of trouble, but when the hawk fae king arrives to court her, she becomes involved in trouble nothing like she’s ever faced before.

The hawk fae king, Tiernan, must find a bride, but being a tyrant king, or so his people believe, he must find a woman who would help him to change his people’s view of how he and his queen shall rule.

Princess Ritasia isn’t anything like what he’d envision his queen would be like. Rough and tumble, unafraid of danger, and speaking her mind, the lady might just be the one for him.

The princess believes the king is a tyrant, at least at times. But she discovers he’s not all that he seems, and she wants to learn even more.

The problem is that Ritasia stumbles across an ancient queen’s magical artifact and nothing will ever be the same between her people, his, and what is dug up at the ancient fae dig site.

Seeking to save Cassie from the dark fae, Princess Alicia runs into trouble in the form of dangerous fae seers. A dragon fae, who is different from all the rest, is sent to locate and rescue her. Simple mission. All Ena has to do is find the princess and return her home. Except nothing is simple in the world of the fae. Not when two fae kingdoms are involved. And humans. And fae seers. And all the trouble that can cause.

Fearing losing Alicia, Prince Deveron is ready to eliminate his own cousin for all the trouble he has caused over Alicia’s best friend, Cassie, a human she grew up with. But Micala is not giving her up, even if it means taking drastic measures.

And Ena has her own troubles when this one little mission turns into a nightmare of epic proportions.

Sometimes doing a good deed can prove to be a disaster, Ena, dragon shifter fae, discovers as she must flee her home. But her staff chooses to go with her and deal with the dangers to reach the safety of the hawk fae kingdom, if the king there welcomes them. The human, Brett, promises to help her escape the marriage to the despicable dragon fae prince, rather than return home to his Earth world. And now all the dragon shifter fae are at risk of having to face the dragon fae king’s wrath.

Esmeralda, the hawk fae king’s sister has been imprisoned by the griffin on their island for half of her life and she finally makes her escape, only she gets herself into even more trouble.

Against her wishes, Ena must forsake Brett on the journey, and he finds his world is turned upside down once again and now he has to survive the life or death trials of the phantom fae kingdom. 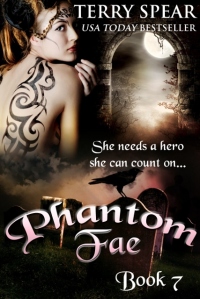 Human turned phantom fae Brett has to survive mage trials when he has only just learned he’s a mage. And dragon fae shifter Ena is warned that the dragon fae kingdom is in turmoil, something that she vows to help put to rights.

When Brett is forced to fight alongside the phantom fae, which means take a stand against Ena and her kind, he’s not doing it. She will always have his loyalty, though when she learns he’s one of her enemy fae, and a mage on top of that, she might not feel the same about him.

Still, Prince Grotto is their common enemy, and if it means fighting him, maybe they can work together. Yet, Brett wants more than that with Ena. Will she ever see him as more than just a human fae seer she took as payment for rescuing the kingdom’s princess?

How does the Golden Fae get into big time trouble with one fiery dragon? When playing with fire…

All the golden fae wanted to do was to pick mushrooms for her mother—in the forbidden dragon fae territory, but Kayla sees dragons practicing for their games, and she gets caught at it. She loses her locket that she needs to have when she comes of age in just a couple of weeks so she can keep her magic as a lavender grower for the golden fae. Only now, one highly annoying dragon shifter fae has got it, and she will do anything to get it back.

Alton can’t believe it when the golden fae arrives at his friend’s castle wearing the dragon fae aura now! But he has a mission to go on, save a human and a dragon fae in the human world, and Kayla ends up there offering to help—anything to get him to give her locket back to her. Only a fae seer shoots him with an iron bolt, and Kayla risks everything, trying to get him and the captured maid safely back home again.

Now he will do almost anything to learn the mysterious golden fae’s secrets, and protect her from his own kind at all costs. 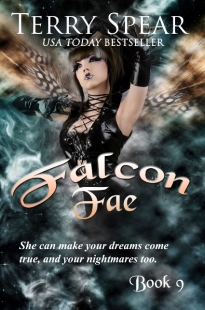 Prince Owen is tasked with the mission of encouraging Sigrid—a magic user, a falcon fae like him, and the granddaughter of the traitor who tried to take over Owen’s grandfather’s kingdom—to return with him to the falcon fae kingdom to fight their enemy. Only, as far as Sigrid is concerned, Owen and his royal family are her enemies.

She is their last hope to fight a powerful mage, but she’s not buying it. Not until The Dark Fae queen advises her to do what her grandfather had tried to before she was born—take over the kingdom!

Letta is a scorpion fae, pretending to be a woodland fae, since her own kind had practically annihilated their own. She’s come of age and must leave her kind behind to make her way in the world. Taking refuge in a cave during a storm in wolf fae territory, she’s attacked by a wolf shifter fae and saves another’s life, who happens to be the pack leader’s sister. But now Letta has a new problem. The bite she’d received turns her into a wolf shifter also, but will the wolf fae pack accept her or scorn her for being one of the deadly scorpion fae if they learn the truth?

Simon is the pack leader for the Wolf Mountain pack and he’s unsure what kind of fae Letta is, not having heard of a woodland fae before. Yet he’s attracted to Letta like he’s never been to a she-wolf before. That causes dissent among some of his wolves who believe another wolf should be his mate and he must prove to his pack that he has what it takes to lead.

Angel Fae is coming at the end of the year.

A new series will be coming also. I still have more of The World of Fae Series and then this will be the Dragon Fae Series.