Selena Townsend has no idea what will happen after she kills a fellow hunter while protecting an innocent vampiress. She’s ostracized, but acquitted of charges against her, but now she’s looking for her sister who has disappeared. That mission takes her to a vampire club and all kinds of trouble.

Atreides has been in charge of the vampire clans, while his brother is off on a honeymoon with his new mate. He doesn’t expect a huntress to walk into one of their vampire clubs, which is just not done, and then return later after being savagely attacked by a vampire. He has to take care of her before the League of Hunters learns of it, and then he wants to pawn her off on the hunters who can protect her pronto! But he finds he really doesn’t want to give her up after all.

War between the hunters and the vampires could break out any moment unless they find the rogue hunters who are killing innocent vampiresses and the vampire who had attacked Selena and other huntresses at the same time—and terminate the rogues.

I’ve always wanted to write Daemon’s brother’s story, Atreides. And he has as much of an ordeal when other nearly, almost, borderline rogue huntress comes on the scene as he takes over the clans while Daemon and Tezra are on a honeymoon far away. But Serena is not anything like Tezra–except that she’s a huntress and stirring up trouble. 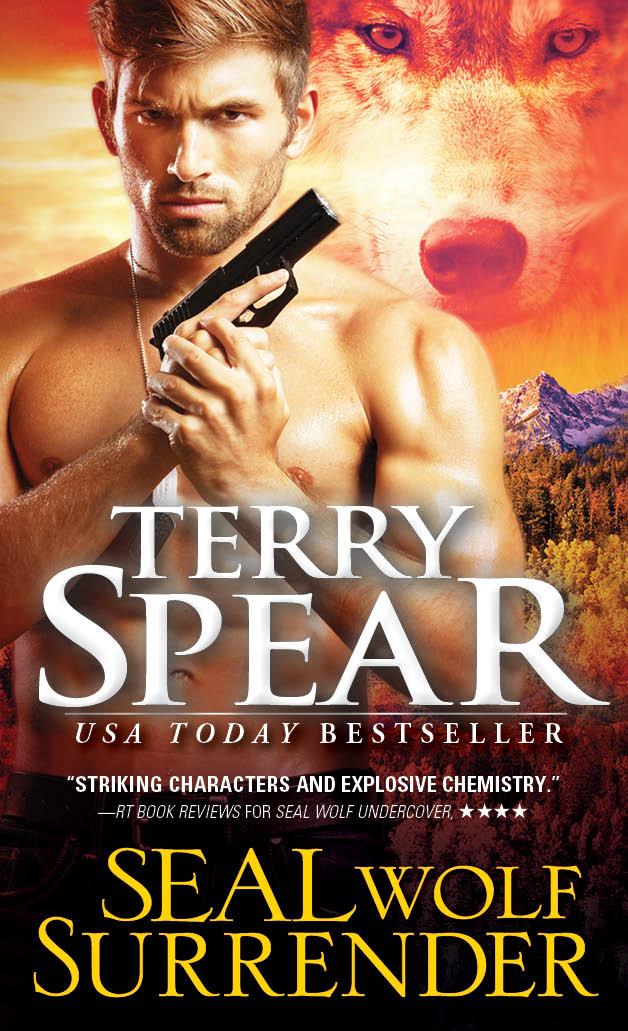 For a shifter with no interest in she-wolves…he sure is territorial.

Wolf shifter and former Navy SEAL Brock Greystoke isn’t interested in she-wolves. The last one in his life ambushed him with the intent to kill. So when he’s tasked with helping his cousin’s friend get to a wedding, he has no intention of getting involved with her…

She-wolf Natalie Silverton has inadvertently crossed a group of dangerous criminals, and she’s in dire need of a bodyguard. Good thing Brock is there to protect her. At every turn, their work—and play—brings them closer to catching the criminals and to each other, but Brock will have to get them out of this alive if he has any hope of winning Natalie’s heart.

Wearing blue jeans, a dress shirt, cowboy boots, and a Stetson, Brock was standing next to the fountain, appearing bigger than life, but he looked as though he was into roping steers rather than scuba diving as a SEAL wolf. Dark hair, dark eyes, and a sensuous mouth, curved up in a slight smile, greeted her. His gaze was intense, all–consuming. She parked her car and joined him.

“You must be Natalie, Angie’s best friend. Brock Greystoke, Aaron’s cousin.” Brock offered his hand to her and she shook it, but then worried hers was a little clammy from sweating out the drive there. She should have wiped her hand off on her skirt before she shook his hand.

“All Angie’s talked about was one of us running to the airport and picking you up so you wouldn’t get lost. You know, instead of staying at the hotel, you could stay with any of the families in the town of Greystoke out in Wolf Valley. That way, you won’t have to make the long drive there in the morning for the wedding. I know how it is when you want to have your own getaway vehicle though. Oh, and welcome to Colorado. Angie said you’ve never been here before.”

“Thanks, and no, I haven’t.” How could she tell the darkly handsome wolf she preferred staying at her own hotel because she didn’t want to put anyone out? They’d insist she wasn’t, but she just needed…her own space. She wondered how much Angie had told her new pack members about her.

She sighed, and Brock opened the door to the restaurant for her. The noisy conversation inside was nearly deafening, partly because of their enhanced wolf hearing. That was why she preferred her garden nursery to this.

The aroma of hickory–cooked steaks did appeal though.

“Are you ready for a good–sized steak after all the flying and rushing to get here?” Brock asked.

Hope you love the book! I was having dinner with some folks this weekend and one works at a bank that watches for discrepancies in accounts. So I asked him about counterfeit money, and he said that one of the tellers had taken a $20 that was counterfeit. It’s real. It’s going on. And making real money for the lawbreakers.

Have a wild ride with the wolves caught up in this!

BETWEEN A WOLF AND A HARD PLACE by Terry Spear (4 stars) RT Reviews! Yay!!

The newest addition to the Silver Town Wolf series is dark, sexy and replete with a haunting spin. Readers will get a kick out of the author’s vivid imagination. This steamy tale of love intermingles perfectly with the more thrilling moments, and can easily be read as a stand-alone.

Ellie MacTire and her sisters own the Silver Town hotel. In addition to being a wolf-shifter, Ellie also has the ability to communicate with the dead. She has an inkling that Alpha werewolf Brett Silver has something up his sleeve when he donates a family heirloom to the hotel. He’s had his eyes and heart set on Ellie, and nothing will stand in his way until she’s his. Unfortunately, there are some creepy things occurring around town. Can Ellie keep her family and the town safe? And will she be able to keep her composure around Brett in order to find out who’s behind the mysterious happenings? (SOURCEBOOKS, Apr., 352 pp., $7.99)

Alpha werewolf Brett Silver has an ulterior motive when he donates a prized family heirloom to the Silver Town hotel. Ellie MacTire owns the place with her sisters, and he’s out to get her attention.

Ellie is even more special than Brett knows. She’s a wolf-shifter with a unique ability to commune with the dead. Ellie has been ostracized, so she protects herself and those she loves by revealing nothing—not even when strange and dangerous things begin to happen in Silver Town. And especially not to the devastatingly handsome and generous wolf who’s determined to win her over…

“Giving new meaning to the term alpha male where fantasy is reality.”