Love these reviews! They’re starting to come in for SEAL Wolf Hunting!

It’s releasing on July 7, so get ready!

“If only you made a different choice, moved faster, slower, something, anything to change the outcome of a past event that haunts you with regret; haven’t we all experienced that? Such is the conflict that plagues the novel’s hero, Paul. Once a SEAL, always a SEAL and failure doesn’t sit well with him. The good thing about this story is that the angst doesn’t bog down the story, it just helps a reader understand what motivates the hero to make the choices he does, and why he says the things he says. In the very first chapter, not only does a reader see that, but they get a good dose of the kind of humor and quirky shenanigans Ms. Spear puts her characters through. Their first ‘rescue’ mission occurs when they come home and I found it hilarious.” Long and Short Reviews

http://teaandbook-shauni.blogspot.com/…/seal-wolf-hunting-r… “Terry Spear is back with yet another delightful and delicious read. In her 16th Heart of the Wolf Series Book, Ms. Spear returns to the her Seal Team, to the last of the unmarrieds.” Shaun, Tea and Book Blog

So what do you get when you mix a seal with a wolf? 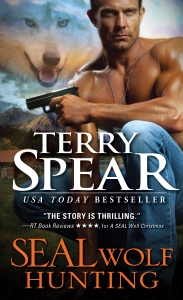 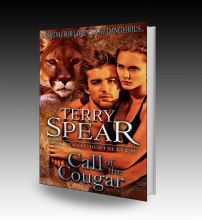